Oats have a soft kernel. The protective hull is not edible and makes up 25% of the grain (diagram 1). The hull is removed before processing. The remaining oat kernel contains large quantities of protein, soluble dietary fibres (oat beta-glucan) and unsaturated fatty acids, as well as several vitamins and minerals. 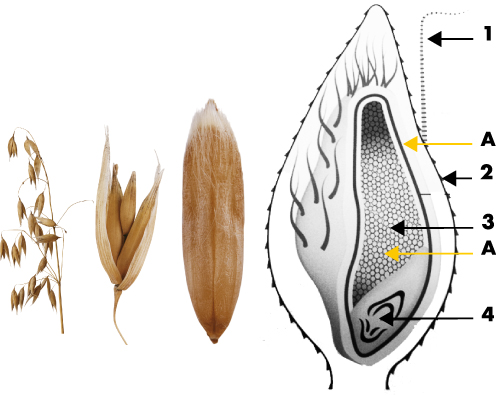 In an oat grain, these soluble dietary fibres are present naturally at a particularly high level.

More than 100 scientific studies have proven the positive effects of oat beta-glucan. The effect oat beta-glucan has on the cholesterol level was first discovered in the 1960’s and has been continually researched since.